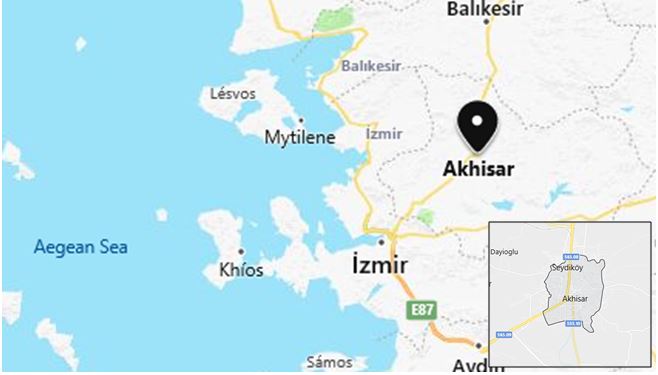 A city on the Lycus, founded by Seleucus Nicator, lay to the left of the road from Pergamos to Sardis, 27 miles from the latter city, and on the very confines of Mysia and Ionia, so as to be sometimes reckoned, within the one and, sometimes, within the other. Dyeing apparently formed an important part of the industrial activity of Thyatira, as it did of that of Colossae and Laodicea. It is first mentioned in connection with Lydia, “a seller of purple.” Act_16:14. One of the Seven Churches of Asia was established here. Rev_2:18-29.
The principal deity of the city was Apollo; but there was another superstition, of an extremely curious nature, which seems to have been brought thither, by some of the corrupted Jews of the dispersed tribes. A fane stood outside the walls, dedicated to Sambatha — the name of the sibyl who is sometimes called Chaldean, sometimes Jewish, sometimes Persian — in the midst of an enclosure designated “the Chaldaeans’ court.”
This seems to lend an illustration to the obscure passage in Rev_2:20-21, which some interpret of the wife of the bishop. Now, there is evidence to show that in Thyatira, there was a great amalgamation of races. If the sibyl Sambatha was in reality a Jewess, lending her aid to the amalgamation of different religions, and not discountenanced by the authorities of the Judeo-Christian Church at Thyatira, both the censure and its qualification become easy of explanation. The present name of the city is Akhisar.